We are Opening: The Common in Community 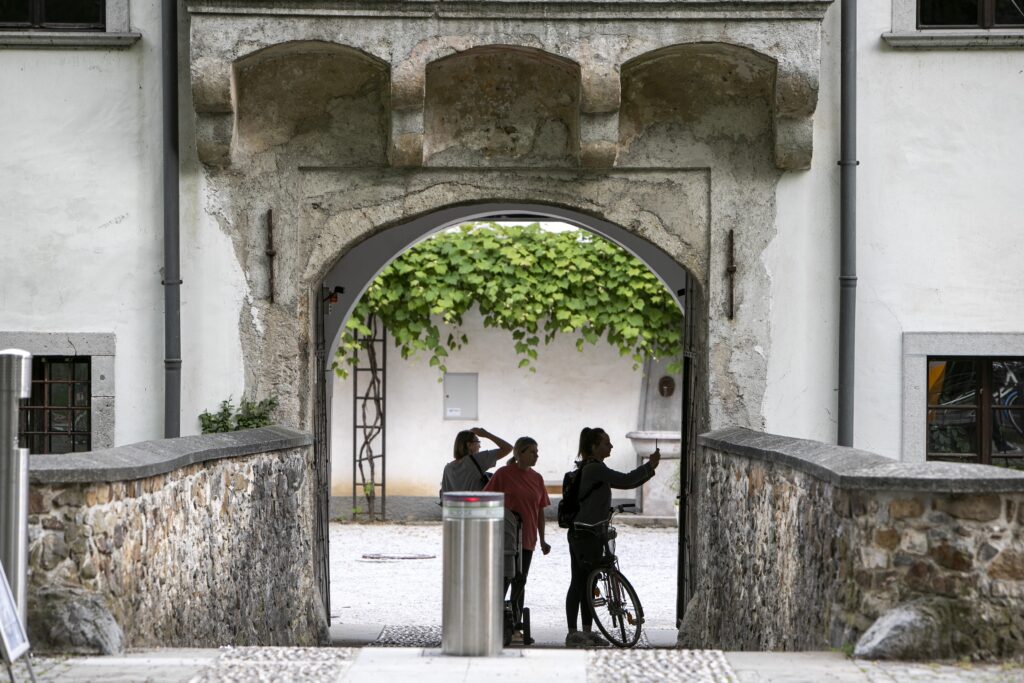 Built on commission from the Khisl family in mid-16th century, Fužine Castle is the only remaining renaissance castle in Ljubljana. At the time of its construction it served as a proof of wealth, reputation and political powers of its first owners.
The castle changed hands already at the end of the century and then several times over the subsequent periods, which was all reflected in its building structure. An important addition was the hydroelectric power plant which was built in 1897 to serve the Vevče paper mill. Still operative today, the power plant is a unique example of technical history.
In 1984, Fužine Castle was declared a cultural monument, and has been dedicated to museum activities and managed by the Museum of Architecture and Design since 1990.
The castle is located in the Fužine area which received its name after the ironworks (Slovene: fužine) that were once operative on the river Ljubljanica.

The castle tour for english speakers will be given on last Sunday of every month at 11. a.m. by our associate Katarina Metelko.
Info: katarina.metelko@mao.si