Dust Jackets from the Museum of Architecture and Design 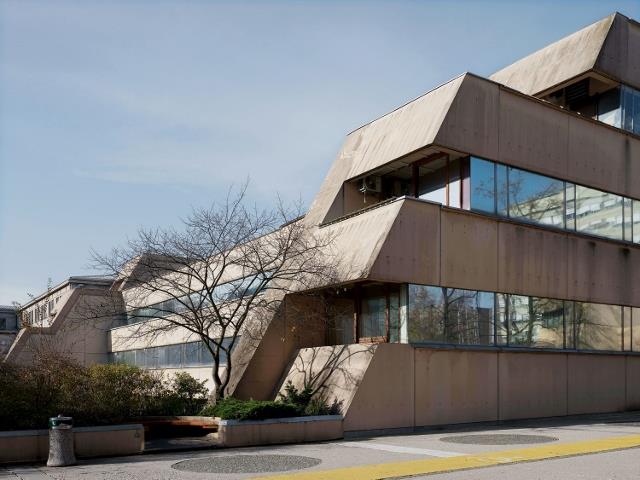 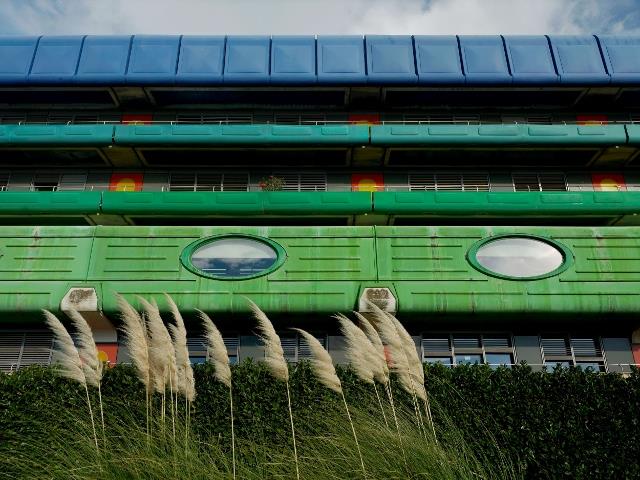 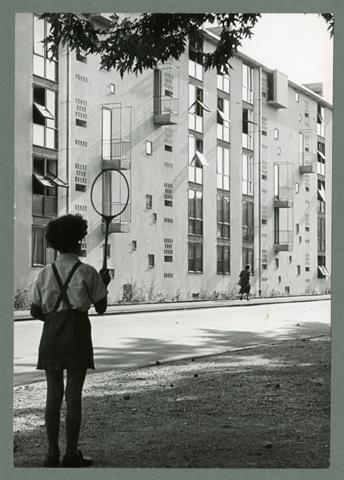 Architect, professor, explorer, innovator, humanist, academic, perpetual critic and designer of everyday life. Today, Stanko Kristl is considered one of the most prominent Slovenian architects, a man whose work has provoked and inspired local and international publics alike, both during the process of their creation and up to the present day. As an architect in the broadest sense of the term, Stanko Kristl uses his projects and research work to pose, at every opportunity, the fundamental question of architecture: What is architecture in relation to human?

People and their perception of space is a key theme in his work, one that has left a significant mark on architect Kristl’s design research approach. In his architectural projects, in numerous articles and research papers, he repeatedly underlines the necessity to integrate sociology and psychology into the architectural design process. Research work into a kind of primal comprehension of space and the perceptions of an unborn child set the stage and direction for the radical design of the Mladi rod kindergarten in Ljubljana; a study of integrated teaching methods led to the concept for the France Prešeren Elementary School in Kranj; and the development of complex and systemic design methodologies allowed for the simultaneous design and construction of the Diagnostic Therapeutic Service building of the University Medical Centre Ljubljana.

The role of architecture in the development of the individual and society defines the pivotal thought process of his multifaceted production at all scales, from town planning to technical ceiling patents and book design, from complex hospital designs to diverse dwelling models and monuments.

Stanko Kristl consciously avoids repeating the same solutions, and within his projects constantly questions the true nature of basic architectural programmes – apartment, school, kindergarten, hospital, family house – and tries to redefine them over and over again. In each of his projects he goes beyond the mere search for functional spatial solutions to the given assignment; instead, with his comprehensive approach to architectural design he strives for change in established concepts of education, housing and healthcare, and seeks to design alternatives to the existing standards and modes of work. Multi-layered research into each individual program forms the basis of his architectural response, which often assumes the role of a built prototype. Adapting to the scale of the individual user, be it a child or an adult, the sick or the healthy, young or old, he demonstrates his absolute commitment to the idea of humanity in architecture.

The dominant characteristics of Kristl’s work, such as experimentation, inventiveness and systemic approach intertwine on a spatial, technological and sociological level. He designs buildings as open structures that over time allow for a high degree of adaptation, change and development. Their appearance is largely determined by their visible structural design, experimental use of unconventional materials, and innovative details and technological patents in order to achieve economically efficient construction and later maintenance of the buildings. His research-based innovative approach resulted in architectures that transcended the borders of what was known and established, and so provoked both extreme enthusiasm and fanatical resistance from both the professional and general publics.

Kristl’s realized architectures have been awarded with numerous prizes for outstanding architectural achievement, making and marking a crucial impact on Slovenian 20th century architectural heritage and in the process constituting a unique contribution to post-war experimental architecture in Europe.

Stanko Kristl defines the core of the most influential group of students that studied under architect and professor Edvard Ravnikar, among them Oton Jugovec, Savin Sever, Majda Dobravec, Milan Mihelič, Ilija Arnautović, Marta and France Ivanšek, Miloš Bonča, Janez Lajovic, Grega Košak, and others. They all shared certain underlying intellectual principles, yet as individuals they each created their own distinctive body of work within the consistently innovative production of Slovenian architecture in the 1960s, where the concept of a building is clearly expressed in the structure itself as well as in the details, where everything, from a door handle to entire urban plans count as architecture. Kristl’s unique and decisive focus centred on the humane aspect of architecture, which he posited as the primary reason for architecture, claiming that modernism, with its dogmatic functionality working only to address people’s physiological needs, failed as a whole to address the human component. Perpetually searching for the humane, he believed and taught that architecture can educate, heal and work to evolve what it is to be human. This same idea stands at the core of his work, even today.

The exhibition Stanko Kristl, Architect. Humanity and Space presents the architect’s rich universe of work as organized into four topics: Dwelling, Education, Health and Memory. The scheme is based on several years of exploring the architect’s personal archives, as well as additional sources, publications and interviews with the architect. Apart from the original designs and drawings from his archive, the exhibition presents a series of models, diagrams and large-format colour photographs made especially for this exhibition, which will reflect a special kind of focus within the architect’s extensive body of work, and enable a new visual experience of Kristl’s architecture.

Check out the exhibition booklet>>

We reserve the right to change the programme!