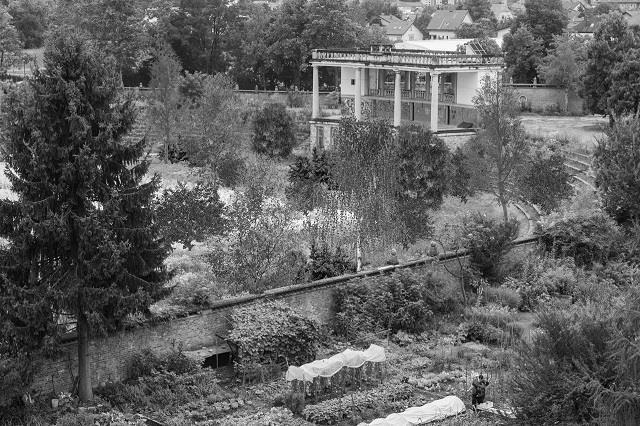 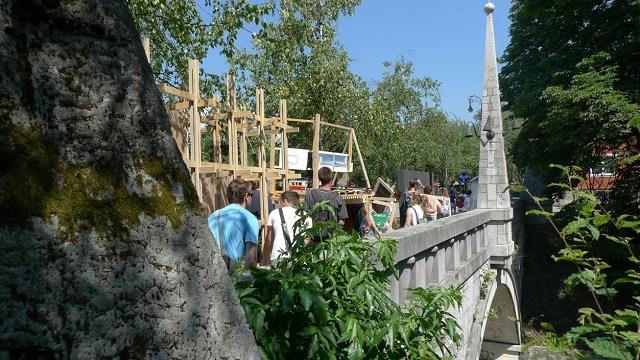 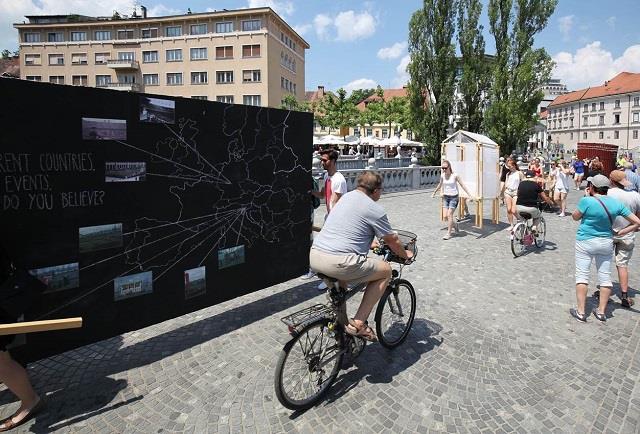 Stadium NOWHERE unfolds the history of the Plečnik Stadium – “Now and Here” in the shape of seven nomadic structures, visualized, built and carried into the city to mingle with the public and with Jože Plečniks static buildings.

The Stadium has been abandoned and fenced off since 2007, unable to adapt to new demands. It is torn between different planning interests, cultural heritage values, understandings of the law and blame for the blocked situation. Local citizens are fighting for their piece of land and for the protection of the Stadium in its original form, whereas an investor wants to update the Stadium to new commercial standards. Between these two opposites, the Institute for the Protection of Cultural Heritage is positioned to protect the work of Jože Plečnik, since the Stadium got status as a monument of National Importance. While the conflict continues the Stadium is left alone, unable to adapt.

Stadium NOWHERE produces a response no one has asked for, in order to learn about society and its mechanisms. The current dispute around the redevelopment of the Stadium asks general questions about collective behaviour, rationales and ideals of society.

Earlier, political systems and strong ideologies made dialogue difficult because of polarization and the determinate solutions embedded in these ideologies. With today’s complex reality a dialogue that comes before political decisions is fundamental.

Stadium NOWHERE is architectural research by Danish architect and Adapt-r fellow Gitte Juul in collaboration with students from the Faculty of Architecture at the University of Ljubljana.