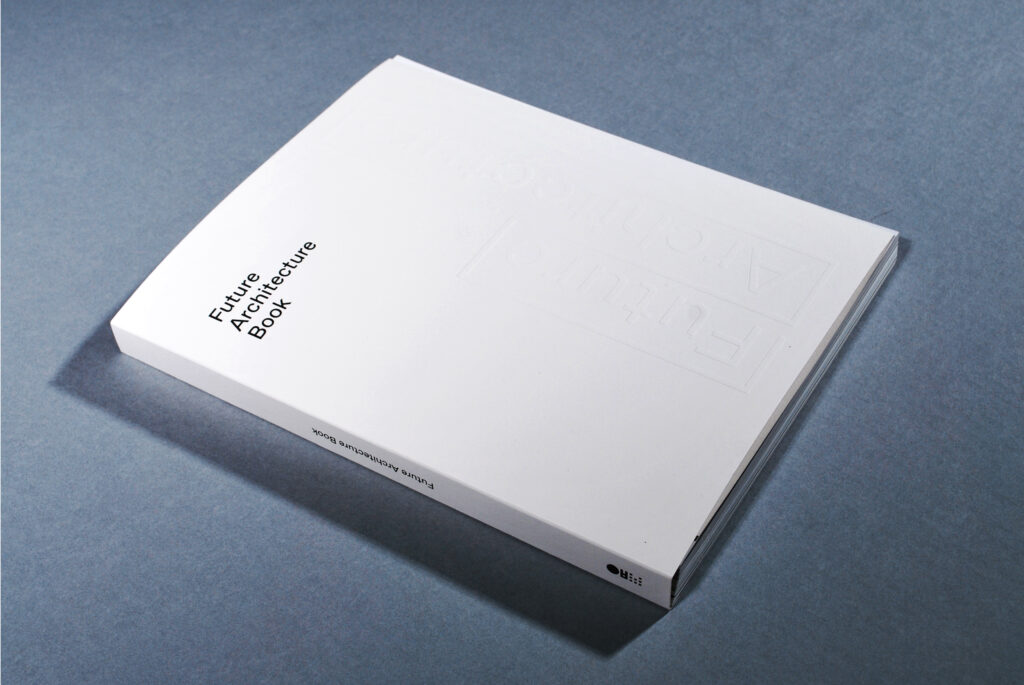 As the closing act of the first pan-European architecture platform Future Architecture, we are pleased to announce the Future Architecture Book. Edited by Milan Dinevski and Damjan Kokalevski, the book documents the six years of the platform that was dedicated to creating a network of cultural institutions and young practitioners. Its main aim was to present and discuss architectural concerns with the public, focusing on frameworks of practicing architecture in a wider socio-political context. Initiated and led by Matevž Čelik, the platform grew into a network of 28 institutional members and over 4000 creatives.

The Future Architecture Book is conceived as a cross-section through the lifecycle of the platform; it does not claim completeness, as such a book would take on encyclopedic scale. Instead, it shows a series of curated fragments, revealing the links, ebbs, and flows of the collaborations and ideas across time. As the editors write: “Most of the materials in the book are treated as found objects presented in their “as is” state and treated as historical artifacts or “ready-mades”. Furthermore, we wanted to convey the culture of collaboration, rather than explain it. In this sense, the book represents an archive, or an attempt to preserve cultural production and not allow it to vanish.”

Thousands of artifacts produced over the years – ideas, projects, exhibitions, events, reflections, publications, photographs, visual identity packs, call for proposals, and testimonials were examined and came to form the basis for the four main chapters of the book: Reflections, Charts, Collaborations, and Dossier.

The Reflections feature contributions by Giovanna Borasi, Amica Dall, Marina Otero Verzier, and Stojan Pelko, which provided a critical take on all of the ideas that were submitted to the annual Call for Ideas. Charts provides a visual and spatial representation of the vast database, while Dossier takes the form of a statistical report that captures the sheer quantity and complexity of the platform. The highlight of the book, however, lies in the Collaborations chapter. From Idea > to Program > to Outcome we see the evolution of an idea, focusing on the exchange between the cultural institutions and the practitioners. This chapter reveals the mechanisms of collaboration that resulted in numerous events held across Europe – exhibitions, publications, film screenings, and lecture series, to name but a few.

Designed by Benja Pavlin, the book is a visual treat. It also features two extensive photo documentary essays focusing on the Creative Exchange, the platform’s annual gatherings that were staged at the Museum of Architecture and Design, MAO Ljubljana. The essays also provide glimpses into some of the events (360 in total) of the European Architecture Program. Finally, we take a look at the platform’s vibrant and recognisable visual identity.

The editors, together with the graphic designer Benja Pavlin and researcher Ana Kuntarič Brodersen worked as a forensic unit, examining, dissecting, and presenting the endless archive of the platform. Future Architecture Book is also a thank you note to all Future Architecture creatives, members, friends, collaborators, supporters, and personnel who came together to create something remarkable. We thank you for your sincere efforts and contributions.