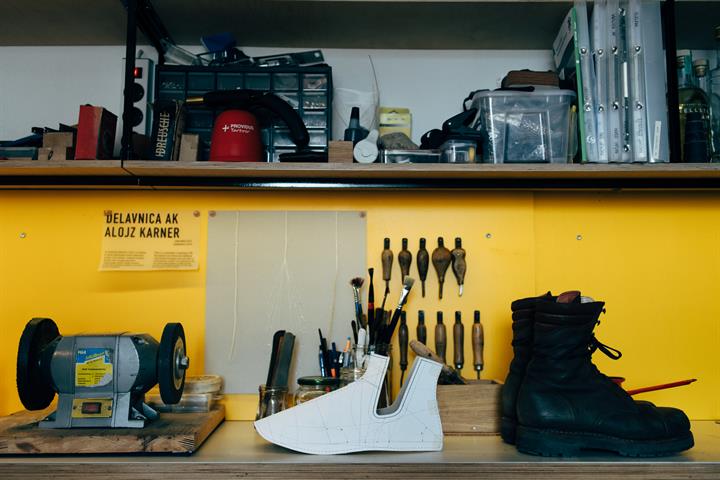 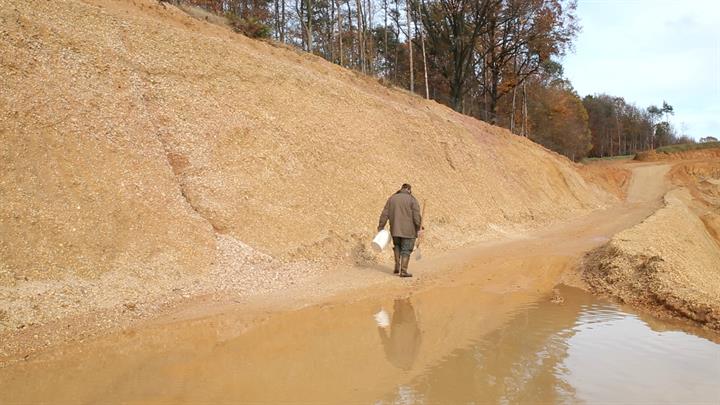 MADE IN: CRAFTS — DESIGN NARRATIVES explores the relationship between traditional cultures of making and contemporary design production. Through objects taken from the archives, photographic materials and newly created projects, the exhibition addresses a number of current issues today, like locally sourced materials, encouraging local production, the potential of new technologies in heritage conservation, and the development of new models of collaboration.

The exhibition is a result of two-year activities conducted by six partnering organizations: Museum of Arts and Crafts, OAZA (Croatia); Museum of Architecture and Design (Slovenia); Werkraum Bregenzerwald (Austria); Nova Iskra, Mikser (Serbia), within a larger MADE IN Platform initiative. The exhibition, originally scheduled to open on 17 February 2020 at the Museum of Arts and Crafts in Zagreb, will open at the Museum of Architecture and Design and run from 16 May to 20 September, 2020. The exhibition will continue to tour in 2020, to Andelsbuch, with an eye to showing in other European cities in 2021.

MADE IN is a research, design and heritage platform that proposes new collaborative practices and knowledge exchange between the traditional craftspeople and contemporary designers. It engages craftspeople, designers, researchers, curators and theoreticians on a quest to pose relevant questions about the topics of heritage and production in today’s society through research and archiving of local crafts, conducting workshops and residencies and promoting ideas through a travelling exhibition.

The MADE IN syntagma in the title carries a reference to anonymous and to some extent non-human production of today, which is taking place in the countries of the Far East. It emphasizes the position of design within the current market oriented neo-liberal capitalist paradigm, with a reference to its source—craftsmanship and making, from which the discipline was inseparable up until the advent of industrialization. Today, on the brink of a technological revolution there seems to be a need to pose the questions about our physical and virtual space again: WHERE is it made? WHO is it made by? WHAT is it made of? FOR whom is it made? WHERE does it come from?

MADE IN: CRAFTS—DESIGN NARRATIVES EXHIBITION

The exhibition showcases the Crafts Archive of 40 craftspeople from Croatia, Slovenia, Austria and Serbia through photo documentation and stories, and raises questions about the production in the contemporary world within eight chapters, Crafts—Design Narratives realized through collaborations of more than 30 craftspeople and more then 40 designers from all over the Europe. The curatorial concept is built upon the idea of expending the MADE IN platform through future exhibitions. The potential hosts are encouraged to contribute to the Crafts Archive by mapping locally specific crafts and conducting new Crafts—Design Collaborations.

In order to understand the values that crafts carry for the future, but also to problematize the fact that most of the traditional crafts knowledge and skills, especially those referring to the embodied knowledge transferred from the master to the apprentice, are disappearing, the Crafts Archive part of the exhibition brings a selection of 40 knowledge holders and their traditional crafts from Croatia, Slovenia, Austria and Serbia, documented through texts based on unstructured interviews and photography, explaining their background, history, materials, tools, techniques, processes and key products. This starting selection of craftspeople—ten per each country—although small, serves as a showcase for status of local crafts in four countries. The participating craftspeople were chosen for their superior craft knowledge, the level of endangerment of their craft, their representativeness for the area, but also for their geographical position. Thus, the research area varied from state-wide to regional, as covered in Slovenia and Austria, to smaller distribution throughout city quarters in cases of Serbia and Croatia.

Crafts—Design Narratives refers to eight specific narratives that emerged through a two-year process, carried by each country separately, addressing issues specific to the local production context. The narratives are results of the workshops and residencies conducted through collaborations of design professionals and craftspeople, mediated, co-mentored and curated by individuals from the involved partnering organizations, and are presented through different formats and media.

Made In: Crafts–Design Narratives is a two-year project co-funded by Creative Europe program of the European Union.

The Slovenian part of the MADE IN project was created in collaboration with the Geological Survey of Slovenia and the Center for Creativity.

Museum of Arhitecture and Design