Essay Competition: My street in the city of the future 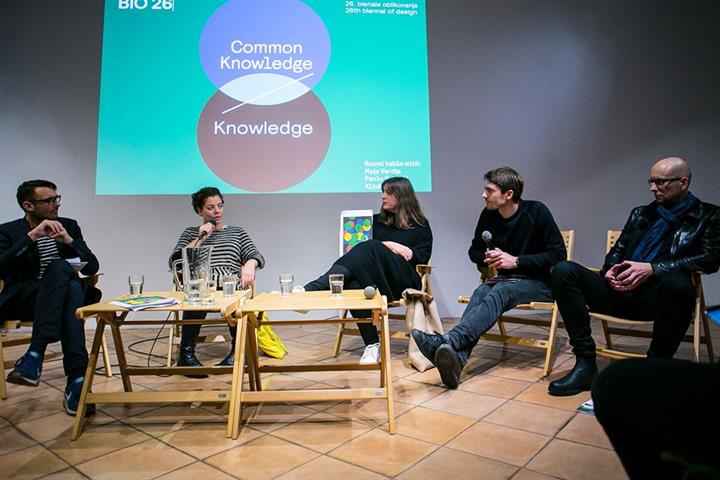 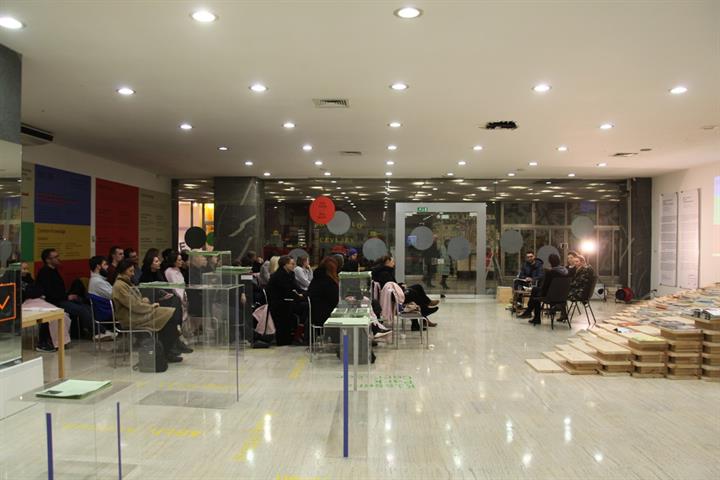 This fourth and last event in the BIO 26| Talks series will focus on wisdom and design. Wisdom sits at the top of the DATA-INFORMATION-KNOWLEDGE-WISDOM relational pyramid diagram—devised by information management scientist Russell L. Ackoff– that serves as the basis to structure the whole biennial. In the context of BIO 26| Common Knowledge, ‘Wisdom’ has been framed as the use of data, information, and all the knowledge one has to make better decisions, be smarter about Nature and our surroundings, asking big questions, embracing systemic thinking and complexity, understanding the necessity of interdisciplinarity to create and evolve, considering the big and small picture, and understanding oneself as responsible and engaged citizens. What has design to do with it?

The first session of the talk will address design in times of crisis. MoMA Senior Curator of Design, Paola Antonelli, join us from New York to talk about her latest exhibition,  “Broken Nature,” and the new term she has coined ‘Restorative Design’ paving the ground for a discussion on the pressing issues of our time: information, displacement and climate crisis, social injustices, and design as a tool and strategy to tackle such urgent problems upfront. In the second session, questions of design as a political activity and democratic tool will frame the discussion. Alice Rawsthorn will lead the discussion bringing insights from her book “Design as an Attitude,” that explores how designers are using their knowledge, ingenuity, and resourcefulness to pursue social, political and ecological goals, liberating design from its commercial role from the Industrial Age. With MAO’s director Matevž Čelik Vidmar and the architect Tina Gregorič the discussion will also focus on the example of BIO; what is its impact and the experimental design’s developed through it on the local scene.

There is an inherent quality to “wisdom” that relates it to experiential knowledge used for good, a moral judgment, acquired over time. There is also a kind of wholeness about wisdom that is not about scattered pieces of knowledge, but a profound understanding of interdependence and interconnectedness of a given area of expertise. It is an eagle’s eye vantage point for how everything fits together. Is design as a practice becoming wiser in the 21st century? What is the role of design in mitigating crisis, promoting democracy and in creating grounds for engaged citizens.

BIO 26| Talks is a series of dynamic round-tables conversations with invited guests from fields as diverse as science, philosophy, law, journalism, politics and design to explore the complexity of the biennial’s theme and exhibition. Each talk focuses on one topic of the DIKW pyramid, established by Russell L. Ackoff: data, information, knowledge and wisdom with the added information crisis. Led by the curators Thomas Geisler and Aline Lara Rezende, each talk will be divided into two 30 minute sessions with a Q&A at the end.

GUESTS:
⁣⁣⁣⁣⁣⁣⁣⁣☞ ALICE RAWSTHORN
Alice Rawsthorn is an award-winning design critic and author whose latest book is the critically acclaimed Design as an Attitude. Her weekly design column for The New York Times was syndicated worldwide for over a decade. Alice has spoken at important events including TED and the World Economic Forum in Davos. Born in Manchester and based in London, she is chair of trustees at The Hepworth Wakefield art gallery in Yorkshire and Chisenhale Gallery in London. A founding member of the Writers at Liberty, campaign for human rights, Alice was awarded an OBE for services to design and the arts.
⁣⁣⁣⁣⁣⁣⁣⁣☞  PAOLA ANTONELLI
Paola Antonelli is a senior curator in the Department of Architecture and Design and the director of Research and Development at The Museum of Modern Art in New York City. She has worked as a contributing editor for the magazine Domus and the design editor of the magazine Abitare. She has curated numerous shows at MoMA and at other international institutions, lectured worldwide, and has served on several international architecture and design juries. In October 2006 she received the Design Mind, Smithsonian Institution’s National Design Award, and in 2007 she was named one of the 25 most incisive design visionaries by Time magazine. In 2011, she was inducted in the Art Directors Club Hall of Fame, and in 2015, she received the AIGA Medal. Antonelli holds several honorary doctorates, for example from Royal College of Art, from Kingston University London and from Pratt Institute in New York. Her most recent project, the XXII Triennale di Milano, entitled Broken Nature: Design Take on Human Survival, opened in March 2019.
☞ MATEVŽ ČELIK VIDMAR
Matevž Čelik Vidmar is an architect, writer, editor, researcher in cultural producer in the field of architecture in design. He is the director of the Museum of Architecture in Design in Ljubljana, which, under his leadership, is the leading and internationally influential national institution. Čelik is convinced that understanding the new, hybrid roles of public cultural institutions is crucial to their management today and in the future. By developing new cultural models in architecture and design, he co-founded Trajekt, the Institute for spatial culture in Ljubljana, in 2002. In 2015, he established Future Architecture, a European  platform, that connects architectural institutions and young talents. He is behind the renovated BIO, the oldest design biennial in Europe, and he also founded the project Center for Creativity, which establishes MAO as a national museum with several roles in the Slovenian creative sector.
☞ TINA GREGORIČ
Along with Aljoša Dekleva she founded Dekleva Gregorič architects, based in Ljubljana, Slovenia. Alongside their architectural practice they are intensively involved in reshaping approaches to architectural education. Aljoša Dekleva is Programme Director of Architectural Association Visiting School Slovenia, and was only recently Guest Professor of Architecture at UdeM, Montreal, Canada. Tina Gregorič is Professor of Architecture at TU Wien, Austria. They lecture extensively both in Slovenia and abroad, presenting their practice and their research. Tina and Aljoša both graduated from the Faculty of Architecture in Ljubljana and later received Master degrees in Architecture with Distinction at the Architectural Association (AA) in London (AADRL 2002), after which they established Dekleva Gregorič architects in 2003. Initially they began with research on topics of user participation and mass-customization of collective housing at the AA in London, and are co-authors of the book Negotiate my boundary!, published by AA Publications and Birkhauser. The book received intense professional attention, related particularly to the social models of sharing and co-habitation. Recently they initiated and led a distinctive design research project on nanotourism, a participatory, locally oriented alternative to the current downsides of conventional tourism. Together with their research team at BIO50 (Biennial of Design, Ljubljana, 2014) they received the biennial’s highest honour – Best Collaboration Award.